Are We Building Enough Homes in the UK? 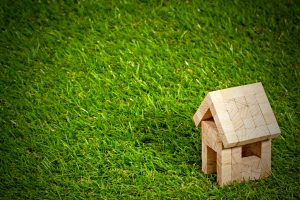 It seems that the UK needs to up its game when it comes to delivering new homes since the pandemic began. Research on this has been conducted by the new-build sales optimisation platform, Unlatch. They found that the UK lags behind with regards to building homes in comparison with other major European nations. France, Belgium, Germany and the Netherlands have built more relative to size of population.

Market data was analysed identifying the amount of new homes built in the first year of the pandemic across eight European nations. They looked at the number of new properties delivered for every 100,000 people. In 2020 there were 175,180 new homes built in the UK, pretty good compared to some EU countries. But the likes of Germany [306,400 new builds] and France [£381,600] in one year, were way out front in the race.

Head of UK for Unlatch Lee Martin said: “In terms of total volume, the UK new build market is certainly up there as one of the strongest in Europe. With just two other nations seeing completions exceed the 100,000 mark in what was a very tricky first year of the pandemic.

However, when you take population size and the arguably greater need for new homes into account, the UK’s performance doesn’t fair as well when compared to our European counterparts. In France, which is home to a similar population size as the UK, more than double the number of new homes were delivered to market in 2020.

There’s a great deal that’s different about the new homes sector in each country. There’s also a lot we could stand to learn from each other when it comes to both the construction process itself, as well as the consumer facing sales process.”