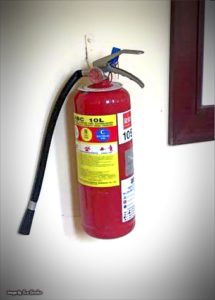 We all have to be aware of the risks posed by fire whatever the surroundings, with the placement of smoke and fire alarm systems a must, especially in the workplace. Although all fires can be potentially devastating, those on a larger scale can have more widespread consequences.

Environments like nuclear plants present a major hazard if exposed to fire or explosion, due to the risk of radiation leakage which can spread across land and affect many people. The recent fire at the French nuclear power station at Flamanville raised concerns although there were no serious casualties, and the fire was quickly extinguished. The plant is run by EDF Energy, who are also the main contractor on the new Hinkley Point power station being constructed in Somerset. This plant will cost around £18 billion, being the first new nuclear reactor constructed within the UK for two decades, and will follow the same design as the Flamanville plant. A new plant is also planned for Sizewell in Suffolk, which will also be contracted to EDF

The incident in France is a reminder of how crucial it is to emphasise proper training, procedures and systems where fire prevention and control are concerned. The same importance must be placed here when it comes to petrochemical plants, which often pose an even greater threat in the event of fire. Fire and ignition in this environment can create exceptionally intense explosions, due to the profusion of chemicals and substances which exist here. There is also usually a readily available supply of combustible fuel in these situations such as flammable liquids, dust and gas.

There are more than 22,000 non-residential fires per year reported in the UK, many of which occur in the workplace including factories, and manufacturing plants. There is huge potential for catastrophic incidents arising from accidents that are frequently avoidable. Managers must implement stringent fire prevention systems such as staff training, which incorporates fire and explosion safety awareness, how to identify a hazard and what to do in an emergency.